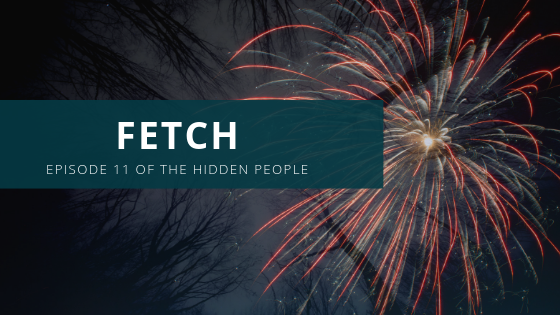 We’ve finally reached the big mid-season finale of The Hidden People. And as promised, it changes everything. This show was never really a murder mystery. Everything until now has just been the first act of a much bigger creepy modern fantasy. From here on out, the show will be pushing into wild and unexpected places.

I guarantee that the next episode when the show returns from a short mid-season break will have TONS of answers. We will learn exactly who the killer is, where she comes from, and why she looks like THAT. We will learn who Shaylee is and what she’s up to. And we’ll learn why some of the characters have weird voices. We’re not just trying to be cool and edgy–we have actual, story-related reasoning.

Katharine Seaton – Music takes center stage in this episode with sound design and music that is truly breathtaking. This episode wouldn’t have anywhere near the impact it does if we just used stock sounds and royalty free music like many shows do. Katharine elevates every second of the show with her brilliant and unique work. That fight scene…wow!!!

The Hidden People will be back for the second half of season one very soon. In the meantime, subscribe on Patreon for bonus content, including our first bonus episode. https://www.patreon.com/hiddenpeoplepodcast